The History of the Ducal Palace as evidenced by the multiple transformations that the building has undergone down through the centuries. This is a history full of palatial secrets and intrigues that takes us back to a distant past that we can now re-live, thanks to both the characters themselves, and to the halls and spaces of this jewel of Valencian architecture. 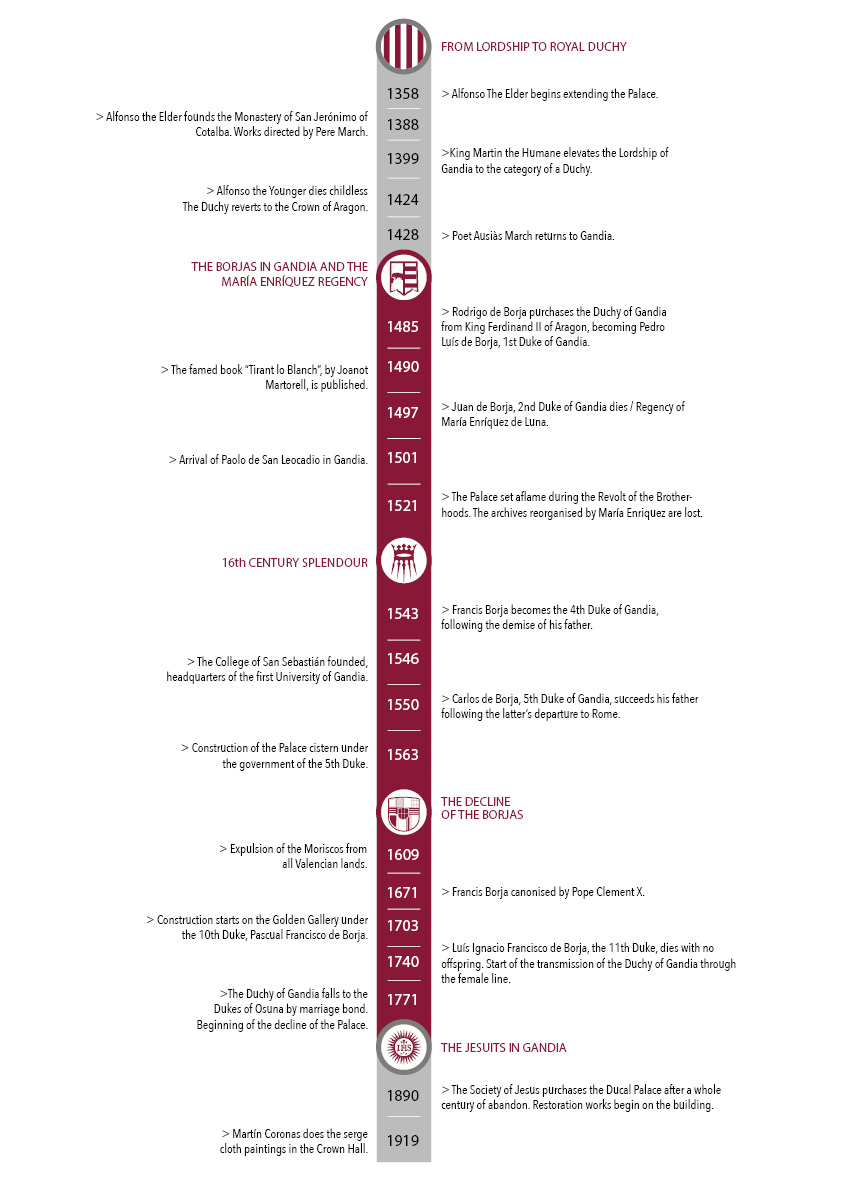 FROM LORDSHIP TO ROYAL DUCHY

The Duchy originated from the Lordship of Gandia created in 1323 by Jaime II of Aragón. It was under Alfonso the Elder  when the Lordship was converted into a Duchy by means of a privilege granted by King Martin the Humane.

The first Royal Duke was succeeded by his son, Alfonso the Younger, who died in 1422 without offspring, and so the title of the Duke of Gandia reverted to the Crown. This initial moment of ducal splendour was followed by a period of decline marked by the absence of successive Dukes in the territory of Gandia.

In the absence of Dukes, with the title now being held, among others, by Juan, King of Navarre and Carlos, Prince of Viana, the Duchy fell into a period of decline.

The Royal ownership of the Duchy ended when Fernando II of Aragon, while at war in Granada, sold the Duchy of Gandia to the then Cardinal Rodrigo de Borja.

THE BORJAS IN GANDIA

The year 1485 was the starting point for the union of the Duchy of Gandia with the Borja family. Rodrigo de Borja acquired the Duchy for his eldest son, Pedro Luis, I Borja Duke of Gandia, along with a marriage commitment to María Enríquez de Luna, cousin to Ferdinand the Catholic. This marriage, however, never became effective, and the Duke died in Rome in 1488 with no descendants. His successor was his brother Juan de Borja, who married María Enriquez that same year.

It was from this union that an heir was born, Juan. But again, fate left Maria a widow, when in 1497 her husband was murdered in Rome, with his body being thrown into the Tiber River. This episode revealed the demeanour of a very brave woman, truly ahead of her time, who brought the Duchy of Gandia to its peak in terms of culture and economic splendour. 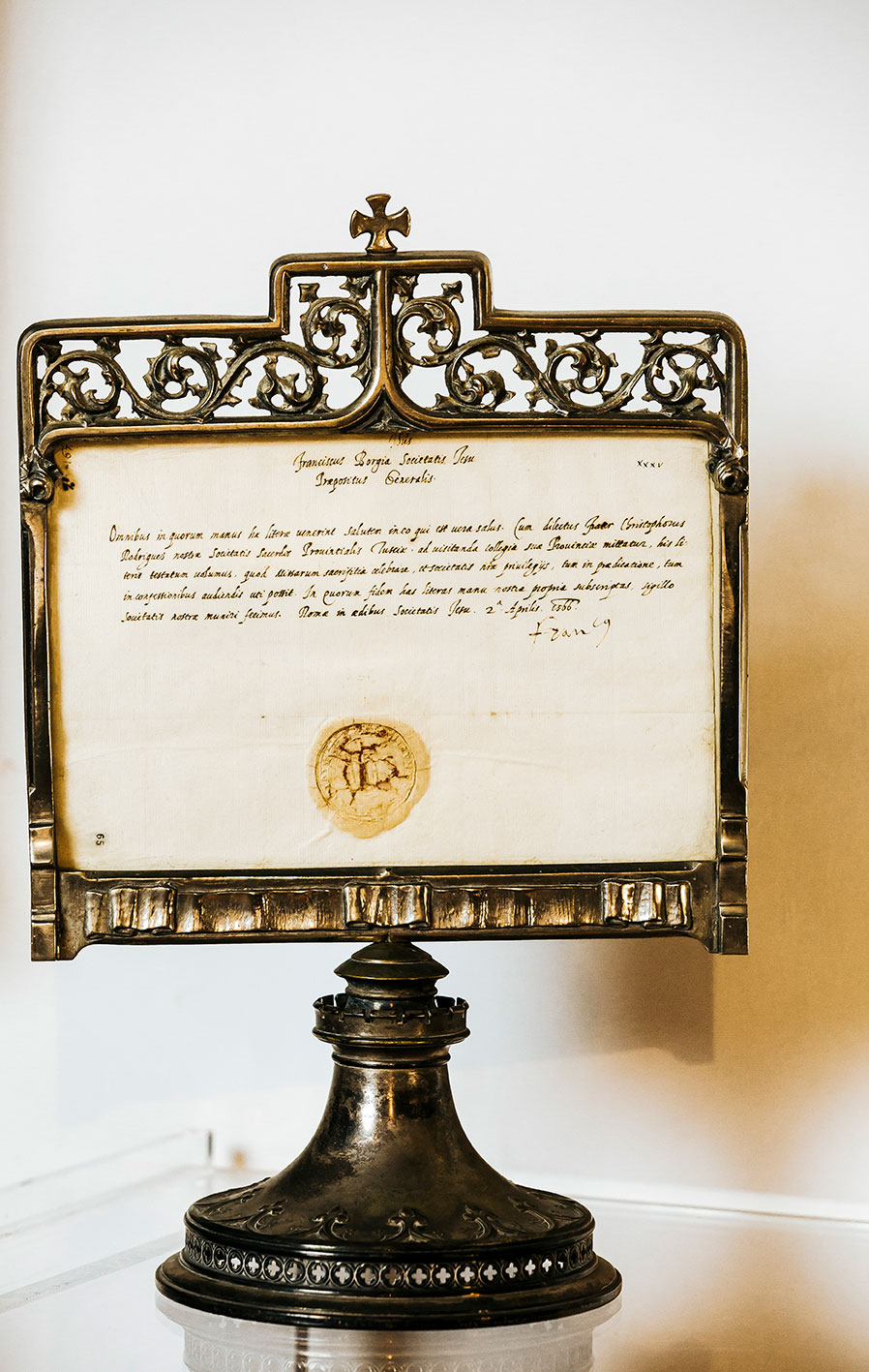 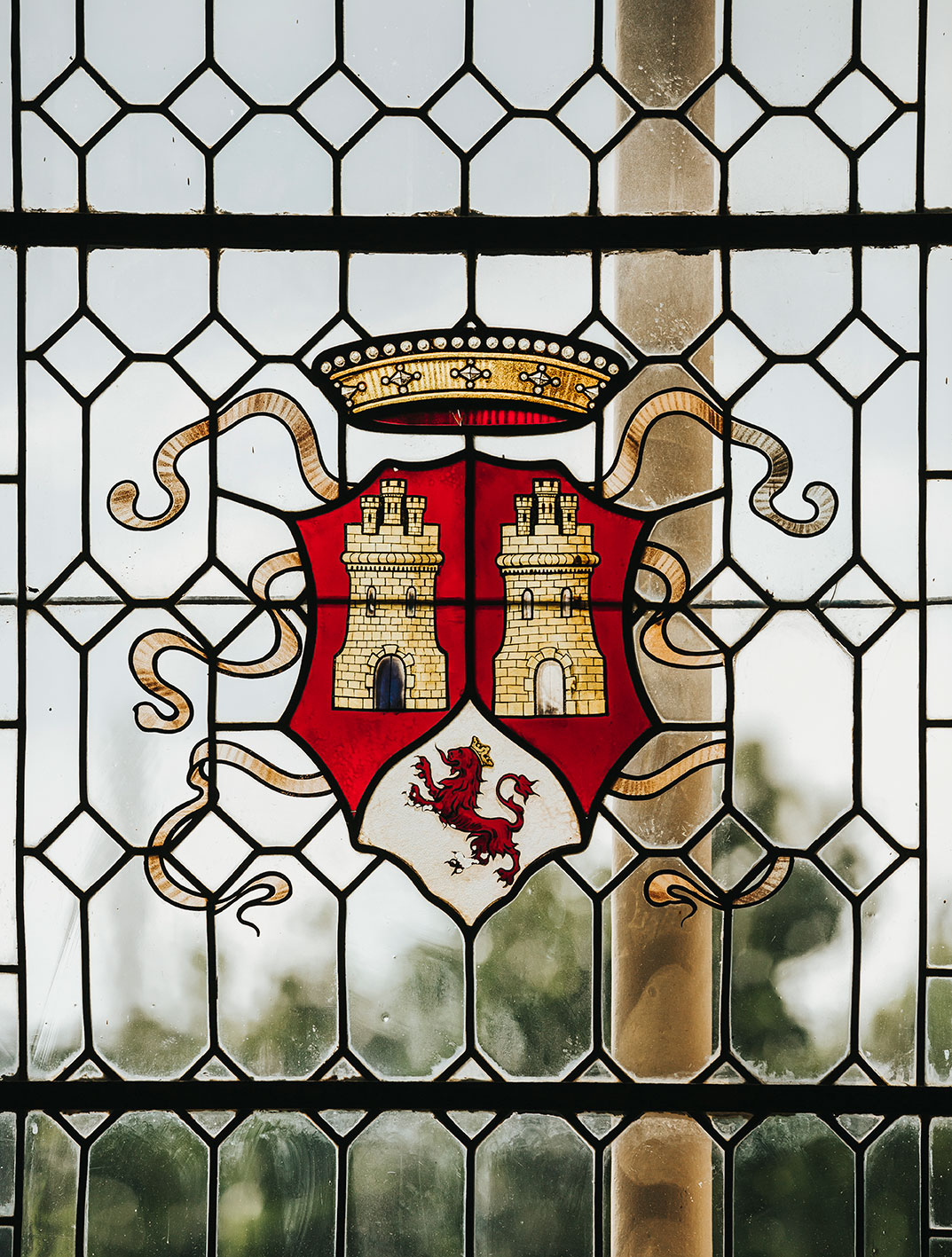 THE REGENCY OF MARÍA ENRÍQUEZ AND ITS 16th-CENTURY SPLENDOUR

After the death of the 2nd Duke of Gandia, Pope Alexander VI had plans to make his second son, César, heir and successor to his elder brother Juan.

What the Pope misjudged was with the firm opposition of María Enriquez, who assumed the regency of the Duchy until her son Juan came of age, from 1497 to 1511. At this time, with the Pope’s guardianship annulled, the new Regency Duchess sold the Duchy’s territories in Italy and acquired some significant nearby lordship manors for Gandia, put all the Duchy’s accounts in order and reorganised the manorial archives.

In addition, on the cultural level she was a great patron of the arts, and was said to have introduced some of the most prestigious Italian Renaissance artists onto the Peninsula. Under her regency, artists such as Pere Compte, Damià Forment and Paolo de Sanleocadio arrived in Gandia.

This period of splendour culminated under the government of the 4th Duke, Francisco de Borja, or Francis Borja, who founded the first University of Gandia. And before leaving for Rome, he joined the Society of Jesus, incorporated the Earldom of Oliva into the Duchy of Gandia by marrying his son and successor Carlos to Magdalena Centelles. In this manner, the two main sugarcane producing centres in the area, with their “white gold”, came under the control of the Borjas, successfully fuelling the Duchy’s economy in this period.

THE DECLINE OF THE BORJAS IN GANDIA

With the expulsion of the Moriscos (converted Muslims) in 1609, the decline in sugarcane cultivation began, ushering in the worst economic crisis in the entire history of the Borja Duchy.

Despite this, it was the second half of the 17th century and the early 18th century when the great Baroque works were done inside the Ducal Palace, with the Golden Gallery being the major achievement, built at the expense of the 10th Duke, Pascual Francisco de Borja and his wife, Juana Fernández de Córdoba.

With the death of the 11th Duke of Gandia, Ignacio Francisco de Borja, without descendants, the Duchy came under the female lineage through his sisters, and through marriage to other noble families. It was because of this policy of matrimonial bonds that the Duchy of Gandia finally came into the hands of the Dukes of Osuna. 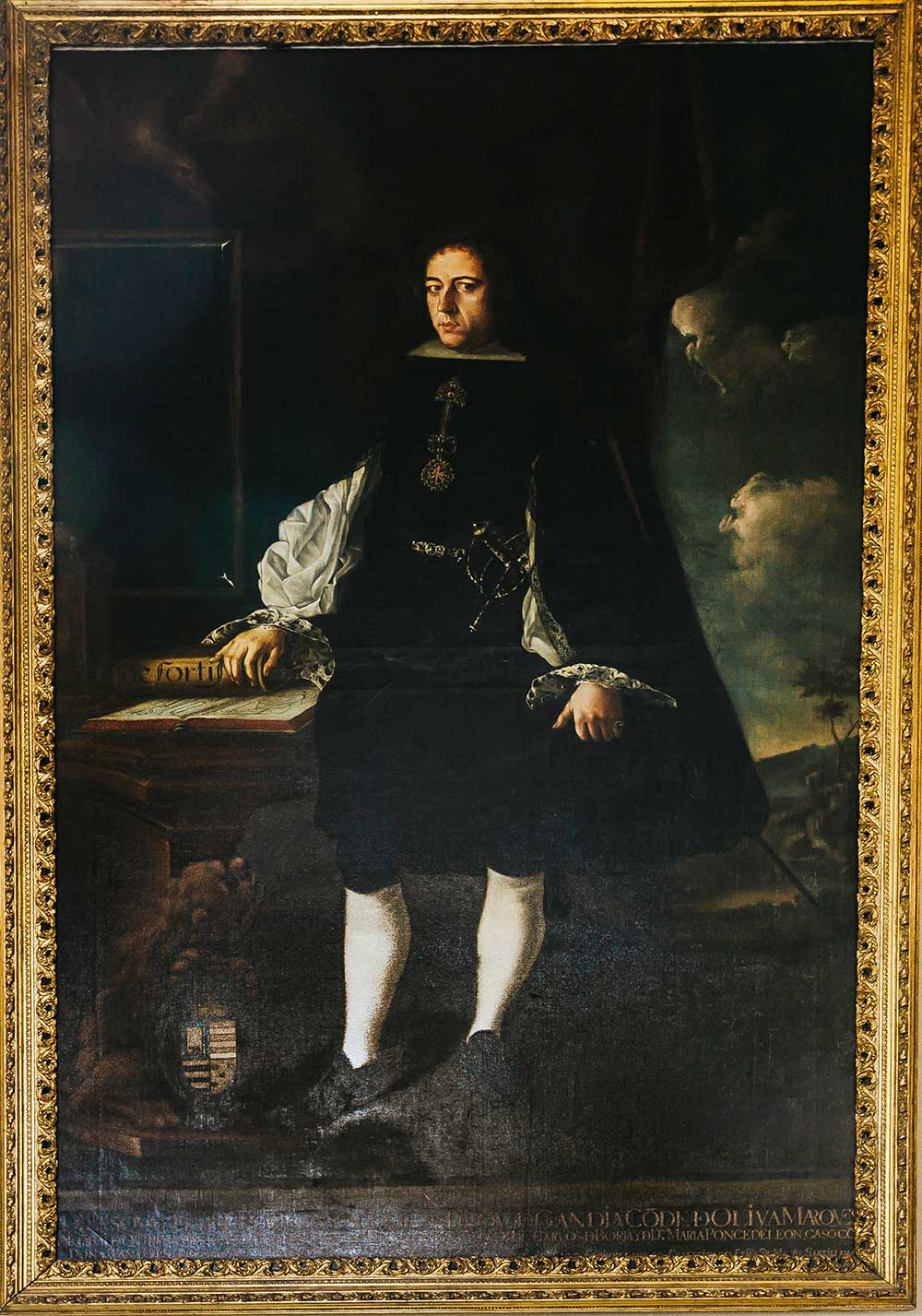 THE JESUITS IN GANDIA

The Osunas eventually abandoned the building, as they had residences in other cities, but not before they stripped the Gandia property of all its contents, carting them off to Seville and Madrid.

In view of its deterioration, the Palace was put on sale by public auction almost a century after its abandon, being purchased by the Society of Jesus on 31 August, 1888. The Jesuits were mainly responsible for some of the Palace Treasures, such as the serge cloth paintings and the construction of the Neogothic Chapel.

This purchase was made because the Palace was the birthplace of a Jesuit Saint: Saint Francis Borja, also known as the 4th Duke of Gandia.

This was the start of the recovery period of the building, and its long history will be enhanced from this time on. 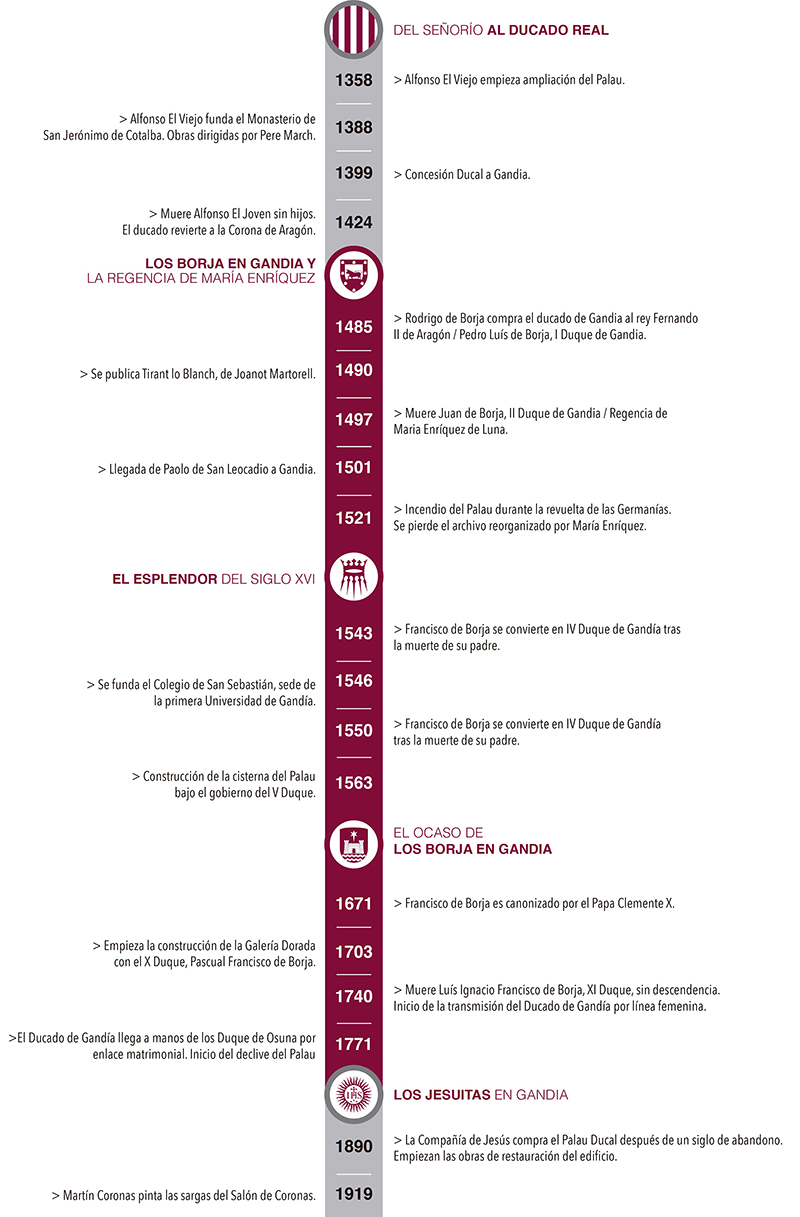