Death masks are a funerary element used since ancient times as mementos of the deceased. They were made in various materials, such as gold, wood, or, as in the case of Francis Borja, in plaster by means of casting.

The mask measures 26cm in height and it was cast from a frontal position with eyes closed. There are traces of a beard and moustache. The first version was lost in Madrid in May 1931, but we know of it thanks to a Roman version preserved in the Church of the Gesú. Two other versions were made: one was deposited in Loyola and the one we have today at the Ducal Palace of the Borgias of Gandia.

The value of this piece is not so much due to the material it is made from, but due to the fact that it was one of the first images of Francis de Borja after his death, which served as a reference for many later artists. 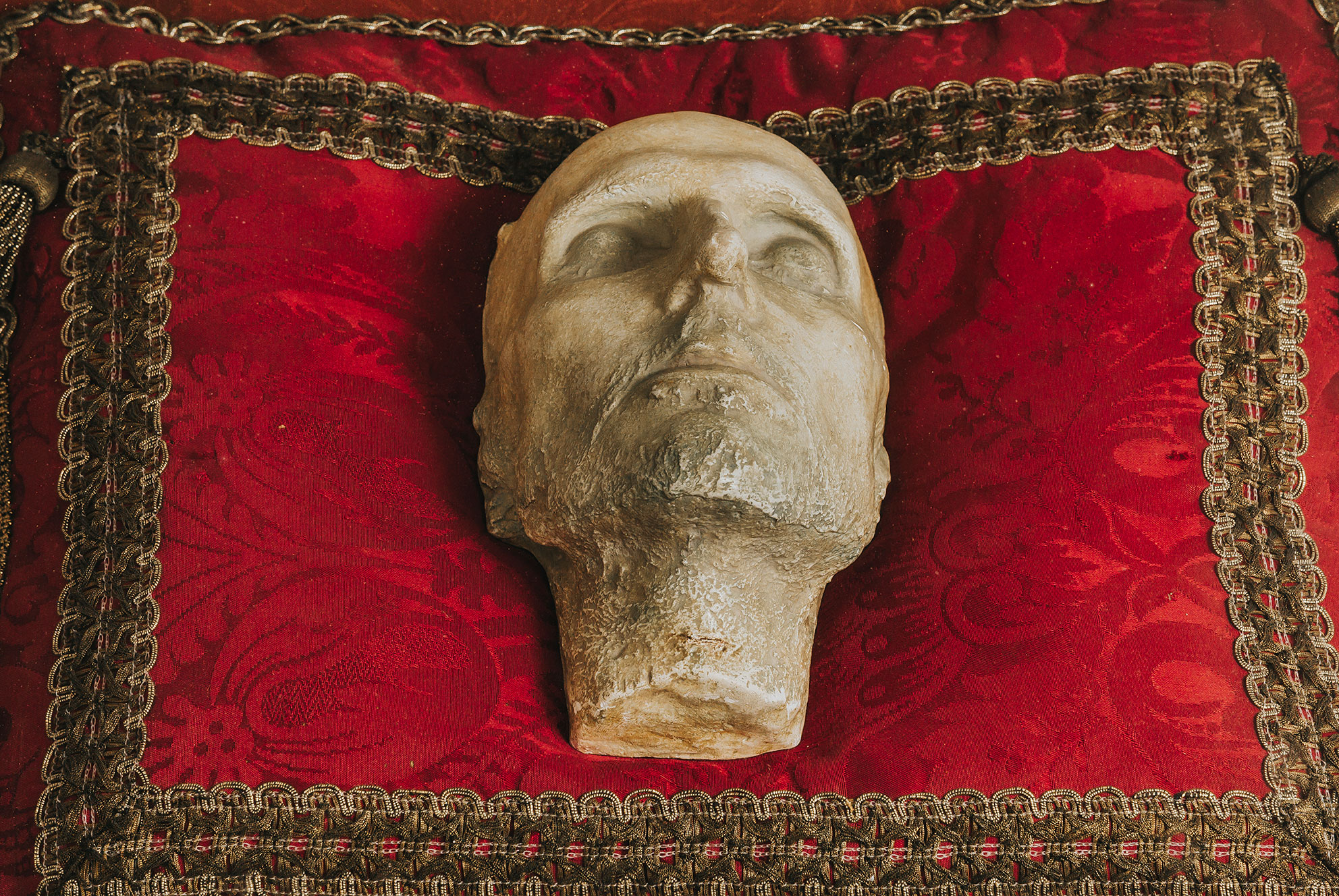